Solid Power is an industry-leading developer of the next-generation of all solid-state rechargeable batteries. Possessing no volatile or flammable liquid components, our solid-state batteries are extremely energy dense while also possessing ultimate safety and reliability.

Together, these performance attributes can enable profound performance improvements of battery-powered devices such as portable electronics, electric vehicles, aircraft and satellites through increased run time, increased safety and lower cost.. .

Rebound is currently developing two unique and potentially transformative technologies. IcePoint is a refrigeration cycle with embedded thermal energy storage, designed to save supermarkets 60% on their low-temperature cooling costs.

SunChill is an ultra-low-temperature thermal cycle, designed for developing world agricultural applications, to convert 50C solar thermal energy into 10C refrigeration using locally sourced materials. Each technology represents a departure from the one-size-fits-all energy approach of the 20th century and instead focuses on tailored technologies that solve smaller problems better.

This path reduces the cost of renewable/efficient systems by at an order of magnitude while at the same time growing self-sustaining businesses that create jobs without reliance on government incentives. It is currently funded by US Federal Government research grants..

Divirod has created a digital water platform to address operational risks and serve as the future water marketplace.

It is vertically integrated, nimble, and built to scale, with a multi-strategy approach to capture and sequester carbon dioxide faster, cheaper, and smarter than the competition. To achieve this, Carbon America has built a team combining world-class engineers, developers, and financiers into a vertically integrated CCS company..

Headquartered in Broomfield, Colo., the company manufactures in Flagstaff, Ariz. and has operations in Cologne, Germany.

The mission of Southwest Windpower is to be a global leader as a responsible designer, producer and provider of wind turbines up to 40kW, offering wind products chosen by customers for their quality, focused technology, performance, reliability, aesthetics, quietness, simplicity and lowest cost of energy.. .

2B Technologies is dedicated to the development and commercialization of new analytical instruments for atmospheric and environmental measurements. They specialize in miniaturized instruments for measurements of ozone (O3), nitric oxide (NO), nitrogen dioxide (NO2), mercury (Hg; under development), and other chemical species in air.

The photo to the right shows their Model 202 Ozone Monitor and their Personal Ozone Monitor (POM) sitting atop a conventional ozone monitor. Their Model 202 was originally developed out of the need for the University of Colorado research group of co-founder Dr.

John Birks to make vertical profiling measurements of ozone on kites and balloons where measurements using conventional ozone monitors are impossible. The POM represents another advance in miniaturization and portability.

Their small, lightweight, low-power instruments are now used for atmospheric measurements using balloons, kites, UAVs, research aircraft, and at many remote sites, including Antarctica, the Galapagos Islands, the Greenland ice sheet, the summit of Mont Blanc, the Amazon rain forest, on buoys in the Arctic Ocean, on commercial airliners, in many U.S. National Parks and at numerous other locations throughout the world.

LaderaTech is a biomaterials company with commercial technology in wildfire prevention and the delivery of agriculture chemicals. FORTIFY™ can be deployed at sites of particularly high fire danger for the entire duration of a fire season, providing a protective barrier that can prevent a vast number of wildland fires from starting in the first place.

FORTIFY™ is powered by VISMOTECH™, an environmentally-benign hydrogel platform made from renewable resources. FORTIFY™ can be deployed using standard equipment for simple application to a diverse array of target fuels and enable season-long retention of polyphosphate retardants.

This approach is impossible with current technologies.. .

Advanced Emissions Solutions, Inc. is a leader in clean coal technology and the associated specialty chemicals

We have a proven track record in environmental remediation projects, industrial incidents, and emergency response situations.. .

Vessels Carbon Solutions Inc. (VCS), is dedicated to reducing mans impact on the environment and climate.

Their expertise is capturing methane leaking from coalmines and destroying it. They have been active since 2003 building and operating three projects around the country.

VCS wrote the first Abandoned Mine Methane Protocol in the USA which was approved by the Verified Carbon Registry2. VCS successfully lobbied in the state of Colorado to accept Methane emissions from coal mines as renewable3.

And they participated in the working group which advised the California Air Resources Board in drafting the Mine Methane Capture Protocol4. From 2003 to 2007 VCS made on site visits to evaluate and test numerous mine methane emission prospects in twelve states in the USA and Mexico.

Access Sensor Technologies specializes in product research and development in the field of environmental diagnostics.

Ecocion guides business leaders and EHS professionals to create a unified approach to addressing governance and risk. Ecocion collaborates with clients to support a wide range of environmental-related technical and business projects.

Our EHS software solutions and services have been utilized by some of Fortune 500’s leading companies.. .

E2 is a certified minority business.

National Car Charging is the nation’s leading independent reseller of electric vehicle charging equipment for a wide variety of business channels including Government/Municipalities, multifamily, C-stores, work places, hospitality, utilities and more. We offer a wide selection of well vetted hardware and software options along with consulting and station management services.

We are dedicated to having a diverse lineup of products so that we can help tailor the right solution for your needs. Strategy & Planning With the electric car landscape changing daily, it’s hard to know what’s what.

That’s where we come in. We’ve placed hundreds of commercial and residential stations across the country, working on projects large and small.

Backed by years of experience, our experts work with you to find the right strategy for specific needs and the equipment and electrical solutions to make it all happen. Equipment No matter your needs, we have the right equipment for you.

We carry a wide array of brands and charging solutions, because no two venues are the same. So whether you are outfitting an apartment building, a mall parking garage, a tropical resort or your office lot, we offer everything from the most basic charging station to the top-of-the-line smart networked station, and everything in between to best meet the parking needs.

And if we don’t have it, we’ll find it. Installation We recognize you know your property better than we do and that many commercial property owners typically have their own electricians ready to install your electric car charging station(s).

Veris Environmental provides a complete and professional residuals management service. Based upon our collective agricultural backgrounds, Veris has developed a large permitted land base in Colorado for biosolids application.

Veris Environmental also have permitted land for biosolids application in most of the western US.. .

Established in 1990, Sunsense Solar has grown into one of the premier solar electric design and installation companies in Colorado. Sunsense provides turnkey services for solar electric systems of all sizes and specifications.

The Sunsense goal is to proactively build a long-term, sustainable business based on quality, consistency, credibility and service to their clients.. .

Solar Solutions and Distribution is a master distributor of PV Solar Equipment.

Colorado Medical Waste has provided medical waste disposal service to generators along Colorado’s Front Range. In March 2014, they introduced ozone processing to Colorado at their facility in Aurora where they turn medical waste into confetti.

Their knowledgeable and service-oriented staff makes their customers their first priority.. .

For over 40 years, they have collaborated with diverse clients to engineer irrigation systems that bring landscapes to life. What began as a design-build company in 1975 has grown to a highly specialized irrigation engineering firm that approaches all projects with the same goal: optimize the use of a precious resource while effectively maintaining the appearance of everything from national cemeteries to theme parks to residential developments.

They are staffed by engineers and accredited design consultants with backgrounds in irrigation and water resources. With a focus on water conservation and application efficiency, they have earned a reputation as a premier irrigation consultant for commercial projects.

The relationships they cultivate with their clients result in partnerships that create sustainable, functional and beautiful landscapes for communities across the nation and internationally.. .

KKES expertise in environmental services that comprises of asbestos cleanup with residential and commerical renovations. 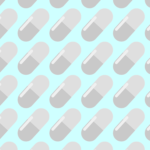 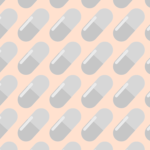