The Boston Consulting Group claims that around $150 trillion was sent across borders in 2017; a figure that is rapidly increasing. Because of this, money transfer startups are racing to see who is most efficient at sending money across borders – something that has historically been sluggish and expensive.

Because this space is booming right now and off the back of the top 101 payment startups list, we have compiled a list of international payment startups that are showing to be innovative and potentially a threat to the status quo aka high street banks. Our list is a subset of the most innovative companies findable via moneytransfercomparison.com.

To kick things off, Wise is potentially the most well-known and exciting international money transfer provider right now. Formerly Transferwise, Wise was founded in 2010 by two Estonian businessmen and friends. The pair had a dilemma – one worked in the UK but received his income in Euros, whilst the other earned pounds but wanted to take some back to Estonia frequently. In the end, they decided that they would make the exchange with themselves using the real-time perfect exchange rate, thus avoiding the expensive and poor transfers that banks were offering.

12 years later, Wise is a $6 billion unicorn that operates on a similar principle but a much wider scale – meaning, they don’t always use SWIFT for transfers, but they do when it’s necessary. They have used their $1.7 billion in funding and used it to create one of the most powerful mobile apps on the market, with a fully-fledged multi-currency wallet, simple design, and cheap fast transfers.

Revolut is often compared to Wise, often touted as being more successful seeing as it was founded 5 years later in 2015 yet has achieved a $33 billion market cap already. On the face of it, Revolut also offers cheap transfers and a multi-currency wallet – in fact, they often have zero fees and provide the perfect interbanking rate to customers. But, this is where the similarities end.

Revolut received its banking license and makes money by lending its customers’ deposits to other institutions. But, its other income is very innovative, which is a freemium scheme that lifts the monthly limits placed on free users’ transfers, among other benefits. Today, Revolut has evolved into a very unique platform, offering crypto and stock purchasing, credit cards, and many other functions. However, it remains one of the cheapest ways to send small amounts on a weekday.

WorldFirst is where we see an even greater difference in company objectives. While both Revolut and Wise focus on efficient smaller transfers, WorldFirst specializes in larger, more sophisticated payments. The 2004, London-based company has a minimum transfer of £/€1000, which is a big indication that they are only here for one purpose.

WorldFirst provides innovative business FX solutions so users can hold local currencies, whilst having expert and professional dedicated dealers. One area that fintech is honing in on, as highlighted by WorldFirst, is how easy the signing-up process is becoming.

Wirex goes a step further in the world of efficient money transfer systems by utilizing cryptocurrency. The 2014-founded company is headquartered in London and offers fee-free conversion of fiat currencies, as well as managing crypto. This 2-in-1 approach is somewhat rare, and it’s also a way to spend wherever that Mastercard is accepted. Whilst there are reports of poor customer service and accounts being frozen, Wirex looks to push the boundaries on how we can manage our currencies.

Also founded in 2014, Veem is trying something similar to Wirex in that it uses both blockchain and SWIFT for sending a variety of currencies. However, there is a third way they send money: treasury. This is a way to transfer money between bank accounts that Veem controls, meaning it remains internal and efficient.

There are no fees for sending payments, FX rates are competitive, and there’s good integration with accounting software.

TikFX is a South-East Asian-focused remittance company with a very user-friendly app. The company has a reputation for having a friendly customer service team, fast selfie registration, and an understanding of Singaporean regulations. Founded in 2017, the international money transfer company is located in both the APAC and ASEAN with their Kuala Lumpur headquarters. Beyond transferring money to over 14 countries, there are over 15,000 cash pick-up points.

In 2012, Pangea set out on its endeavor to revolutionize the remittance industry. The Chicago-based company focuses on an easy-to-use mobile platform that can send money internationally. Nothing too unique there, but they have since branched out to help underbanked immigrants attain their financial independence. Money can be sent to 25 countries that all have various cash pick-up locations.

WorldRemit is a 12-year-old international money transfer company that focuses on low-to-medium-sized transfers and cash pick-ups. Created by immigrants and used by immigrants, WorldRemit has its finger on the pulse of what makes a good remittance company. Whilst there is a special focus on Africa, money can be sent to over 130 countries. There are some limits on both the transfer amounts and FX functionality (i.e. no hedging) but it’s a cheap and effective mobile application.

Walking around London as of late and you may notice a certain Remitly being advertised on billboards and advertising spaces. The Washington-based money transfer startup has gone all in on its marketing to spread the world of being a one-stop shop, offering everything from bank-to-bank, door-to-door, and everything in between. The company has a strong brand and a strong set of values, with a lot of positive reviews and a transparent fee structure. However, no advanced FX is available and no dedicated dealer is offered, making it a direct competitor to WorldRemit.

Orbit Remit is yet another remittance startup, but having been around since 2008 it has found its maturity in offering consistently competitive rates with fee-free transfers and a great website. The New Zealand company puts transparency first and has seemingly proven to be consistent for many years now, unlike perhaps the constant controversy that Wise has been embroiled in. But, being in New Zealand, some exchange pairs are not the best rates on the market, nor is it suitable for high-volume transfers.

Despite sounding like a password protection Chrome extension, MultiPass is a 2017-founded multi-currency account based in London but owned by San Francisco-based Dyninno. Because of this, MultiPass is available in both the US and Europe – something that is often not the case due to the difficulty of being licensed in both. Though, the downside of this is excessive KYC requirements and expensive SWIFT fees… MultiPass is one of the few multi-currency account wallets that have an account manager. 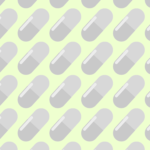