When we think about forklifts, we often imagine heavy industrial equipment and large warehouses. The truth is that technology evolves in all industries, and that includes these more traditional positions. Any business can utilize several advantages of using an electric forklift to make job sites safer and more efficient for its employees.

Electric forklifts produce no emissions, making them a far more environmentally friendly alternative. Compared to many older models that run on diesel, gasoline, or even propane, electric forklifts are a good option for companies to take steps toward a greener future. Many operations that use electric forklifts greatly reduce the amount of carbon monoxide released into the atmosphere.

One of the main advantages of using an electric forklift is that it significantly improves workplace efficiency. Electric options typically require far less maintenance and hold a longer charge, making it more straightforward for employees to get the most out of their equipment without needing to hook it back up to the charger. Companies that want to get the most out of their forklifts have several options to increase the lifespan of their lithium-ion forklift batteries.

Compared to older models of forklifts that still utilize lead-acid batteries, modern electric forklifts have the advantage of lithium-ion, which comes with improved performance. A higher rate of implementation means that the forklift can move at greater speeds and consistently raise and lower higher weight limits.

While electric forklifts are a significantly higher initial investment, the overall costs of maintaining, running, and operating them end up being less than many traditional models. The standard electric cost to recharge a forklift for an 8-hour shift is less than 5 dollars, while the cost of fuel to run a forklift for an equal shift is higher, at around 20 dollars, depending on your location and current gas prices.

Dianne Pajo is a writer based out of the Chicagoland area with a passion for music, combat sports, and animals. She enjoys competing in amateur boxing and kickboxing, but in her other leisure time, you can find her performing music around the city. She is also a dog mom of 2. 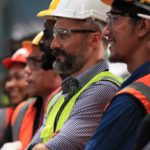 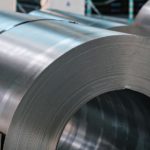