This article showcases Startup Pill’s top picks for the best Simulation startups. These startups are taking a variety of approaches to innovating inside of the Simulation industry and around the world. They are all exceptional startups well worth a follow.

It has unlocked simulation technology as a powerful decision-making tool by making accurate, scalable simulations universally accessible to all. By lowering the barriers to creating simulations with its browser-based simulation tool for programmers.

HASH is fostering greater access to information and empowering users to probe and understand some of the world’s most challenging questions. It was founded in 2019 and is based in Manhattan, New York..

Ever felt intimidated by the stock market? Buy and sell stocks risk-free in this colorful, interactive mobile game. No prior experience or knowledge needed – just your gumption.

Signum City simulates the real-life stock market in real-time to experience what it’s like to trade stock in some of your favorite companies. As if that wasn’t cool enough, you’ll even have a chance to win real prizes as your stock savvy increases.

It is well-documented that Gen Z knows the importance of financial literacy but still has a lot of anxiety surrounding attaining it. We gamify the stock market to empower a generation that deeply desires it.

Players use fake money to trade stocks and build a portfolio using real world data, compete in sponsored tournaments with friends to win real gift cards, and learn financial literacy through completing levels within the game. In the fintech space, they open a competitor app and just see numbers and charts; we provide context.

In the classroom space, the current offerings are dry and outdated; we provide gamification. Signum City offers Gen Z & Millenials a space to build both their financial literacy and their confidence with money..

Build, run, and share fluid, thermal, and structural simulations with Steady to do what matters most: building the products of the future. Built by engineers, designers, and researchers from leading organizations.

As simulation analysts and design engineers ourselves, we’ve felt the pain of trying to get traditional CAE solutions to work for rapid design iterations and product development. Instead of compromising, we’re building a product that makes simulations easily accessible and learnable for everyone..

MediSim VR is a Med-tech company working in the field of healthcare simulation. MediSim VR focuses on harnessing the benefits of Haptic technology & Virtual Reality to enhance the training standards of healthcare professionals.

It is a resident company of Johnson & Johnson Innovation labs, Cambridge. The mission at Medisim VR is to make comprehensive medical training accessible & affordable across the world..

Our solution could be used from any device, offering interdisciplinary educational content, which helps children develop their skills to succeed and to adapt to this changing world, being prepared for future careers. We offer educational content for pre-university students (grades V – VIII).

Our company innovate the educational system by combining young people’s passion for technology with the school methodology that teachers use. We want our solution, the educational platform, to change how the children relate to the learning process, by using technology and innovation to study, understand, deepen and practically comprehend the subjects taught at school.

The platform has 2 key features that will facilitate the educational process: the virtual classroom for online lessons and the educational content (3D models, 360 photos and virtual laboratories). The platform can act as a virtual assistant for the teacher, allowing him to use 3D models or virtual representation instead of drawings on whiteboard, to show or explain students different educational concept.

The teacher only select what asset/photo/lab wants to use and it automatically uploads in the virtual classroom, where all the kids can join from their smartphones. Even though all the kids are in classroom, the motivation of using the virtual classroom comes from the need of exploring the educational subjects in a more engaging and interactive way, instead of viewing 2D photos in their textbooks..

Umbra will create the world’s first public simulation of Planet Earth to solve crime, poverty, congestion, just to name a few. We project the main systems will be completed by 2022.

The biggest problem nowadays on AI simulations is lack of computational resources. Algorithms at Umbra run approx 0.01% of the original time, or 1000x faster than even the most optimised systems.

We have also developed a 3D data search, which is used by multiple companies including some government and non-profit organisations. We aim the final system named “Sentinel” to be able to incorporate all the world’s public data include satellite imagery, weather data, global news data, transport and congestion data and many other data forms into one coherent system.

We then simulate the entire system as a whole through Machine Learning, and using control theory, we aim to perturb or change the simulation to see what will happen to it. “Sentinel” will be used for flood management and prediction, disease prediction, large scale climatic modelling, transport and congestion management, crime prediction and much more.

Our system aims to be the world’s first multi purpose AI simulation, and we aim to make it accessible to everyone so that AI becomes truly democratized.. .

Idiot Knowledge is a Digital Interactive Textbook, an open-source educational project aimed at a global educational curriculum. Can we solve our problems? Short answer: No, we cannot.

Long answer: Yes, we certainly can. So many different things affect our lives, almost everyone has ‘something’ to do or finish…it appears as a neverending cycle of turmoil.

Is it a real cycle of turmoil? Or perhaps is it only relative to the onlooker? Is the chaos only relative to the organism looking in, or is chaos apparent in the entirety of the system? This chaos is part of a system; like a hardcoded program. It’s apparent, systems live within systems, distributing information at fantastic speed.

A complex network between these systems causes a dynamic equilibrium, maintained in perpetuity until it is interrupted by a bad actor. Bad actors disperse irrelevant and provocative information throughout the network, causing chaos.

Once achieved harmony from the dynamic equilibrium is shattered, causing ripples throughout varying components of the system. Degradation occurs in the network in sections where the bad actor’s information stockpiles.

Reattaining dynamic equilibrium is a necessity before the system will function properly again: as a whole. A tree can grow after it breaks limbs, although it’s doomed, altered in our perception, forever.

Quemix is an IT company specialized in providing quantum computing solutions. 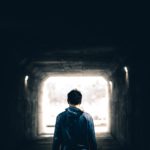 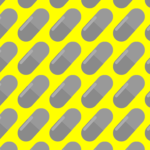